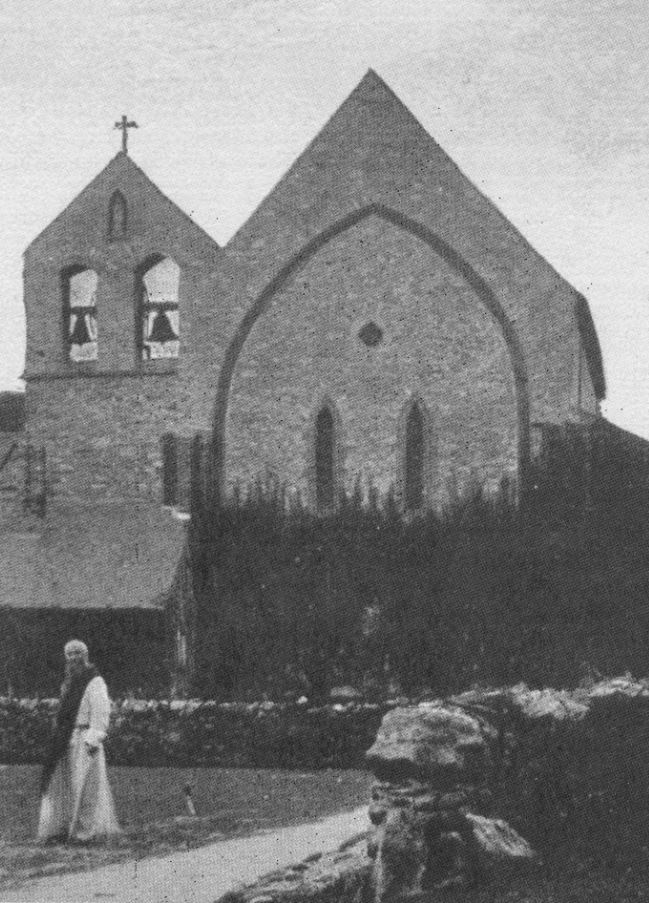 At one time or another, most of us have visited the ruins of a monastery. For many they are perhaps no more than relics of the past, but monasticism is still a living force, playing its role in today’s world, as can be seen, here, at Mount Saint Bernard Abbey.

Monastic life in the West looks to St Benedict, a monk of the sixth century, as its father. Since this time, there have been various  interpretations based on the rule he wrote. The Cistercian reform, characterised by a desire for greater simplicity, was one of the most important of these and originated at Citeaux in France in 1098. One of its founders, Stephen Harding, was an Englishman, and the new Order, spreading rapidly, soon reached England. Familiar names like Fountains and Kirkstall, Rievaulx and Tintern, are among the 76 Cistercian monasteries that were eventually founded in these Isles. All were suppressed during the reign of Henry VIII.

Mount Saint Bernard Abbey was founded in 1835 on land provided by Ambrose de Lisle, who was eager to re-introduce monastic life into this country. It was on Michaelmas day of that year that Br Augustine Higgs took possession of the half-ruined cottage in Tynt Meadow. He was soon joined by other monks: Luke, Xavier, Cyprian, Placid and Simeon. Their leader, Fr Odilo Woolfrey, wrote: ‘Here we are. I with my little company, already established in a little cottage on this land in Charnwood Forest which we have named “Mount Saint Bernard.”‘ The monks soon set about cultivating the wild and barren land and the first monastery was opened in 1837, designed by William Railton.

But then, John, the 16th Earl of Shrewsbury, gave a donation for a permanent monastery to be built. The most famous architect of the Gothic Revival, Augustus Welby Pugin, offered his services for free, and in 1844, the new monastery was opened on the site where it still stands today. In 1848, Mount Saint Bernard was raised to the status of an Abbey with the first English Abbot since the Reformation, Dom Bernard Palmer.

The following is from a talk by one of the monks: