‘Tynt Meadow is now on Instagram. Follow for regular posts, updates, and a behind-the-scenes look at work in the brewery’.
www.instagram.com/tyntmeadow

August 2019: Guardian article on the brewery, with pictures: 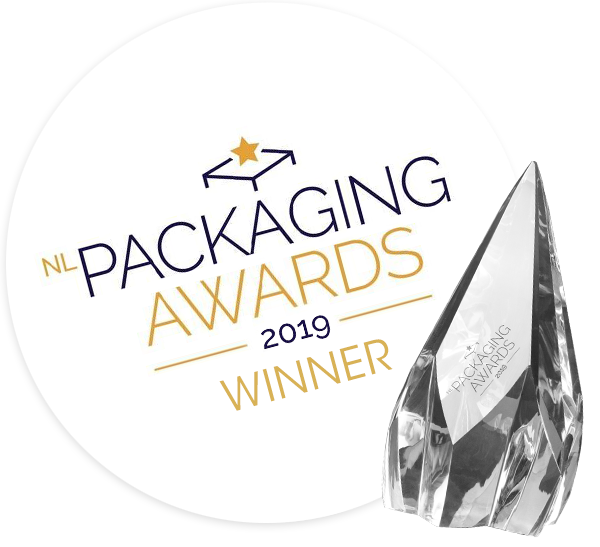 Tynt Meadow English Trappist Ale is distributed in the UK by James Clay. If you have sales-related enquiries, please contact the firm by email on sales@jamesclay.co.uk.

If you have a press-related enquiry, please contact Andrew Rowley on 0113 2429 174 or Andrew@ilkagency.com.

Tynt Meadow English Trappist Ale will be available from selected outlets, including the Abbey shop, from 9th July 2018. Abbey shop contact information and opening times can be found here.

Trappist Beer comes to the Region of the Isles

St. Patrick’s day this year was a feast day with a special significance for the monks of Mount St. Bernard for it was the first brew day in their new brewery, the culmination of five long and hard years of work and deliberation.

Back in 2013 the community of Mount St. Bernard began the process of looking at their work and income generating activities. Over the years it had become obvious that dairy farming was no longer economically viable for us and a decision was taken to close the farm. It was a sad day when the lorries arrived before dawn to take the cows to market. It was the end of an era for the community of Mount St. Bernard for dairy farming had been part of its identity for most of its life and history. The land was leased to a local farming family for the grazing of sheep primarily and apart from the occasional incursions into our enclosure gardens this has been successful, the sheep particularly liking our rocky outcrops.

This left us, though, with the question, ‘what to do now?’ Various options were suggested and considered during community meetings; we were seeking something that would generate income to support the abbey and something that would provide a means of common work. During his time in Rome Dom Erik had been influenced by the experience of the Benedictine monks of Norcia who had recently opened a successful brewery and the idea that maybe this was the way forward for us began to gather momentum. Dom Erik and Fr. Michael visited Norcia, and three monks of Norcia visited us, and after these visits an initial decision was taken for us to examine the possibility of starting a brewery here.

Br. Andrew and Fr. Joseph went to visit the abbey of St. Sixt – Westvleteren, considered by those in the know to be the brewers of ‘the best beer in the world’ in order to experience their brewing and organisation. They also visited the brewing abbeys of Achel, Westmalle and Zundert. Back at Mount St. Bernard experimental brewing began on a small ‘Grainfather’ machine brewing 20 litres of beer at a time. The first experimental brew was on 16th June, St. Lutgard’s day, a fitting patroness due to her existing solely on a singular diet of bread and beer. Interestingly to this day the Trappist brewers say beer should be ‘liquid bread’ rather than ‘coloured water’, indicating the wholesomeness and strength of their product (beer and bread being made from the same basic ingredients – grains, yeast and water). Even though it was early days these experimental brews undertaken were aimed at developing our own unique recipe.

We had engaged the help of an advisor, Constant Keinemans, a Dutch master brewer who had guided Zundert in their development of their brewery and who is well known to the Trappist breweries and is on the quality commission of the International Trappist Association, and with his help we developed a plan. The brewery would be where our laundry was, the bottling plant would be in our old kitchen and the storage area would be in our old refectory, all areas adjacent to each other. This plan was accepted by a vote of the community and so the planning of the works began in earnest. Led by Dom Erik and helped by our advisors, builders had to be engaged, the brewery equipment had to be chosen, supplies of raw material, bottles and labels had to be identified. Much time and effort was spent on the all-important aspects of marketing, naming the beer, label design and branding. It was an enormous project, probably the single largest project Mount St. Bernard has ever undertaken. Fr. Michael was chosen to be the head brewer, assisted by Br. Robert, and he duly undertook a number of courses and periods of brewing experience at Zundert and other breweries on the continent and in the UK.

Up until now there were only eleven Trappist breweries in the world: Rochefort, Westmalle, St. Sixt, Chimay, Orval, Achel, Tilburg, Engelszell, Spencer, Zundert and Tre Fontane. All these breweries, except Rochefort, have been visited by one monk or another of our community during our period of research. Now Mount St. Bernard Abbey has become the twelfth Trappist brewery. We have been accepted as members of the International Trappist Association but have not received the coveted ‘Authentic Trappist Product’ designation yet. We hope it will only be a matter of time.

All our advisors cautioned against just copying the style of an already existing Trappist beer; what we had to do was to create our own particular unique product. This, we hope, is what we have done, creating the first English Trappist Ale, marrying the traditions of the continental Trappist brewers with the venerable traditions of English brewing centred on Burton on Trent just 15 miles away from us. Not only have we been helped by our continental Trappist brothers but also by local brewers: the Pheasantry Brewery in Nottinghamshire, the Charnwood Brewery in nearby Loughborough, the Heritage Brewery at the National Brewery centre in Burton on Trent, the Framework Brewery in Leicester and the Unicorn Brewery in Stockport.

We do have evidence of beer being brewed at Mount St. Bernard in the late 19th century and there is an account of chimney sweeps, who had come to clean the chimneys, slaking their thirst after their dry and dusty work on beer brewed by the monks. Unfortunately we have been unable to find the recipe used for this beer but we hope our beer will be worthy to join the long line of beer brewed in monastic brew houses.

Our brewery is a 20 hectolitre one. This means we can brew 2000 litres of beer at each brew. This beer will all be bottled in 330ml bottles and sold nationally via a distributor and locally in our own shop and selected outlets. It is a strong beer, 7.4% abv, and is meant to be savoured and enjoyed like a good wine rather than drunk in great quantities. The name of the beer and the launch date will be announced very shortly.

The beer will be ready for sale at the beginning of June, if all goes to plan. 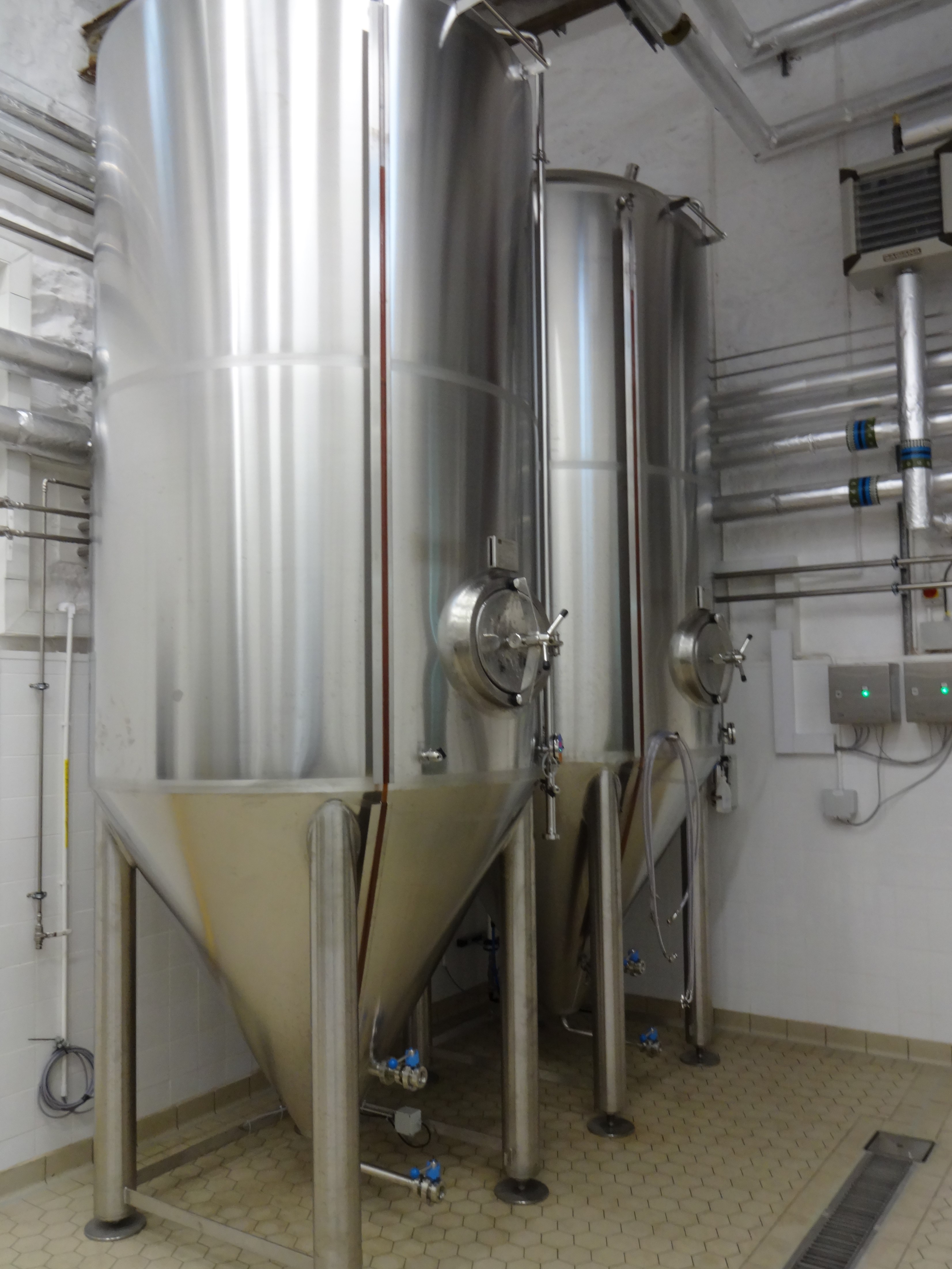 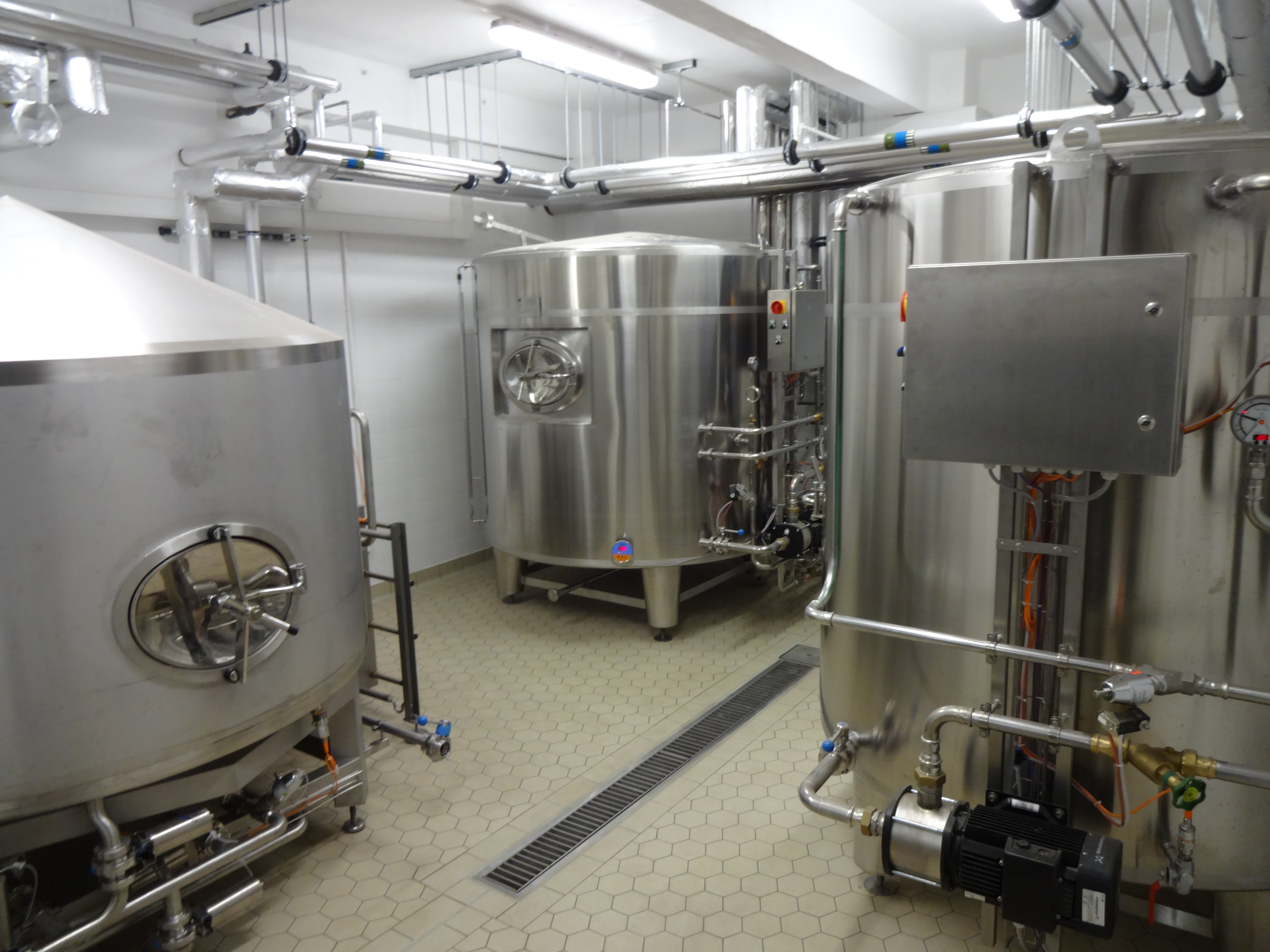 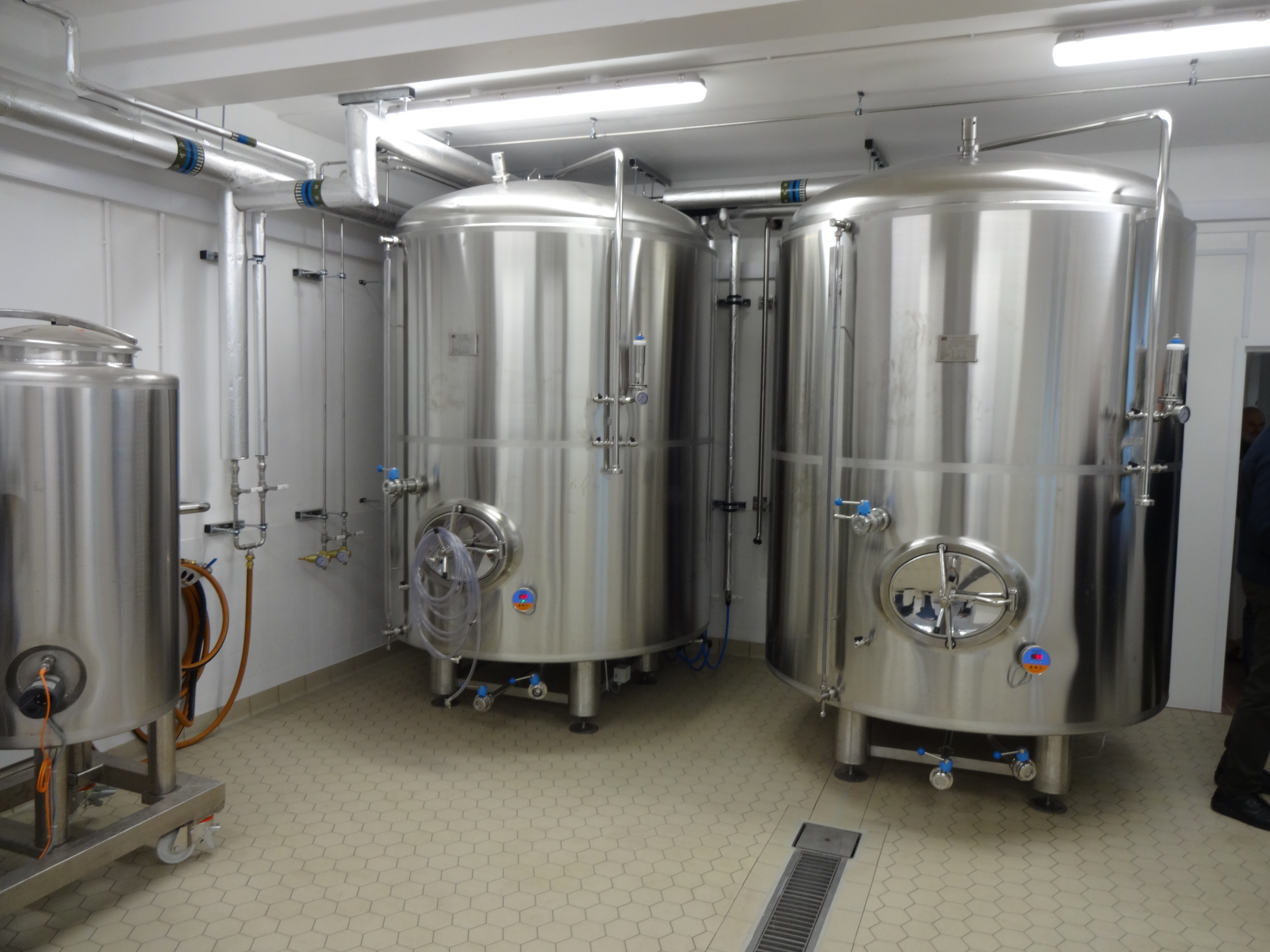 Update – we are now in the process of constructing the brewery, having completed the buildings in which it will be housed.

Dear Friends of our Community,

For some time, we have been planning the establishment of a new industry to assist the upkeep of the abbey and provide common work for the monks. Our decision has been to set up a brewery in the Trappist tradition. We are currently engaged in preparatory work. While we are grateful for your interest, we have no more news to communicate for the time being. Further information will be made available in due course. One of the brethren will then be available to answer questions.