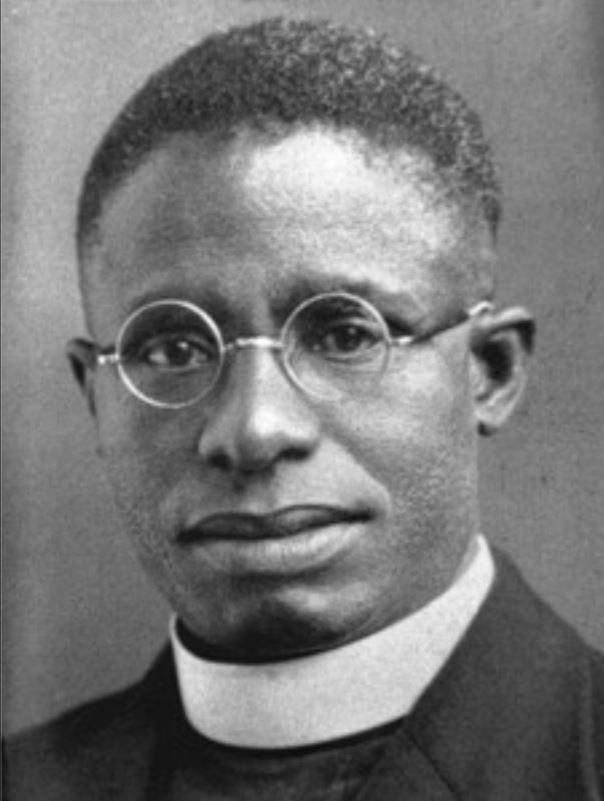 Blessed Cyprian Tansi was a monk of our community for 14 years, from 1950, until his death, in 1964. Iwene Tansi was born in 1903 at Igboezunu in Nigeria. At the age of nine he was baptised, receiving the name Michael. As a young man, he worked as a catechist and school teacher before entering a seminary at the age of 22. He was ordained a priest for the Onitsha diocese in 1937 at the age of 34. From the moment of his ordination, Michael Tansi joined an energetic apostolic zeal to a life of profound prayer and demanding personal asceticism.

His care for the people committed to him in the diocese of Onitsha made him ardent in propagating devotion to the Sacred Heart, to Our Lady, and the Rosary. His belief in the value for the whole Church of the hidden life of prayer in a contemplative Order, led Fr Tansi to join Mount Saint Bernard Abbey in 1950.

On becoming a Cistercian monk, he took the name Cyprian. Fr Cyprian worked in the refectory and bookbindery.The transition to Mount Saint Bernard and the Cistercian life must have been difficult for him, but what always made him remarkable was the iron strength and tenacity of his will which was, from boyhood, directed entirely towards God. No tragedy or trial could weaken his complete trust in God’s providence. He used to say, “if you are going to be a Christian at all, you might as well live entirely for God”. Fr Cyprian died in the Leicester Royal Infirmary on the 20th January 1964, aged 61.

PRAYER TO BLESSED CYPRIAN TANSI
Blessed Cyprian,
during your life on earth
you showed your great faith and love
in giving yourself to your people
and by the hidden life
of prayer and contemplation.
Look upon us now in our needs,
and intercede for us with the Lord.
May he grant us the favour we ask
through our prayers. Amen.